Plastic is one of the blessing of our time – it’s cheap, it’s versatile and it’s made to last. Unfortunately, its durability is turning it more and more into a curse. Per year more then 300 million tones of new plastic are produced and only a tiny part is being recycled or properly disposed of. Plastic nowadays can virtually be found everywhere in the world from the arctic to the deep sea. Especially in the oceans, plastic is accumulating (80% coming from terrestrial sources) with unforeseeable effects on marine species and ecosystems. 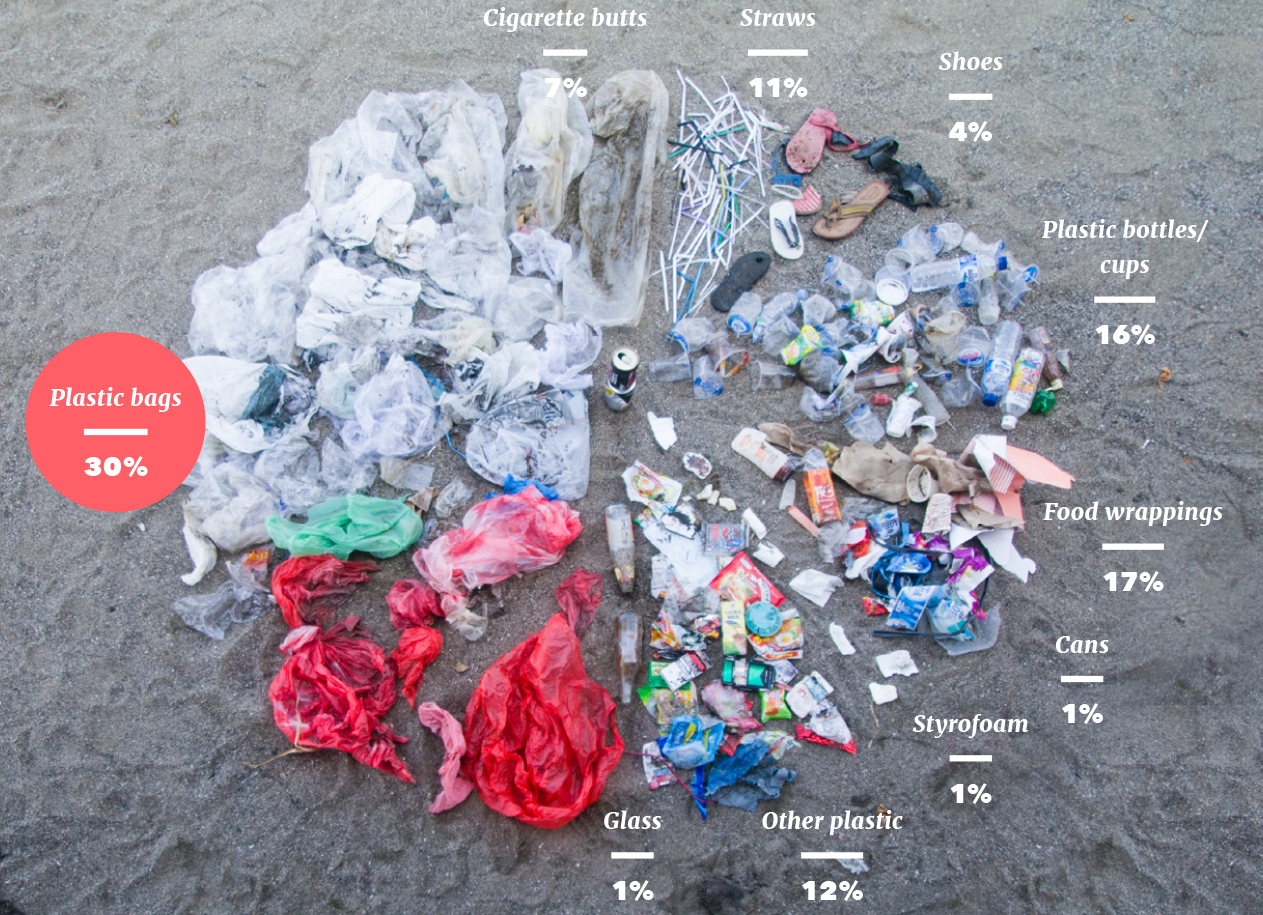 Made to last – plastic garbage is everywhere and quite often it ends up in the ocean. The numbers are estimated percentages of waste items collected Bali’s biggest beach clean-up in history where more than 12.000 volunteers collected 40 tons of waste. (Credit: Making Oceans Plastic Free).

Well, this is known to most of us, but doing something about it often is tedious and takes energy and courage. A good friend of mine, Paritosha Kobbe, together with some other people, now has started an initiative with the ambitious vision of “Making oceans plastic free” and the more tangible goal of reducing plastic bag usage in Indonesia. Indonesia is the second largest producer of marine plastic garbage (China is on the infamous first place here) and plastic bags constitute a large share of it (see the waste pie chart above). Pari and his friends designed a reusable bag made from recycled plastic and today they started their crowdfunding campaign to bring this into production, raise environmental awareness and to make people in Indonesia to use fewer plastic bags. Here is a short video describing their project:

If you like, you can support the initiative through crowd-funding:

More information on the project (including press material, contacts and nice pictures) can be found here:

Good luck with this… and maybe soon the idea will be exported to China as well!