(by Jacqueline Loos and Laurie Jackson)

Having once been to Romania, perception of species richness gets spoiled. We realized this yesterday, when we went out on a bird walk with Michael Blencowe from Sussex Wildlife Trust – a local non-governmental organization into a lovely nature reserve http://www.sussexwildlifetrust.org.uk/reserves/page00033.htm. Grazing traditional cattle and sheep breeds keep the grassland free of scrub, skylarks and stonechats breed in this area and wheatears stop here on their migration route. The people on this walk enjoyed seeing the Peacock, Small Tortoiseshell, Brimstone, Orange tip and Small White butterflies passing by, observed toadpoles in ancient dews, and buzzards and raves wheeling overhead. The grassland was said to comprise up to 40 plant species per square metre. That was all very nice.

In the UK, chalk grassland is recognised  as one of the most species-diverse habitats – even though a site such as Southerham would represent a rather poor landscape by Romanian standards. When we see buzzards in Romania, we often say: “Oh that is JUST a buzzard”. Peacocks are “everywhere” and skylarks are “only skylarks”. And “rich” in Romania” means 60 or more species per square metre… Of course, climate conditions are different, land use history is different, so the comparison might not be fair. However, what struck me is that people in Western Europe are spending millions on restoring habitats, are re-seeding wild flowers, protecting a few hecatres from being further destroyed- whereas in Romania, this is all still for free! 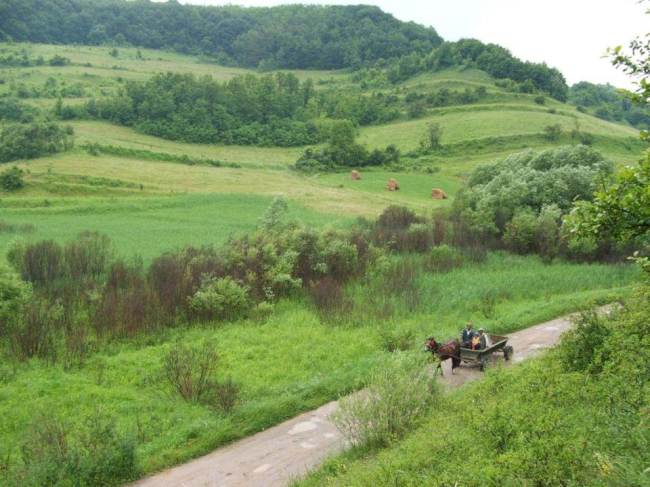 In the UK there are people that care passionately about the natural environment and will willingly give up their time to volunteer and record species as you note. BUT there are lots of people who are growingly disconnected from the environment – and when coming from England – this is the saddest thing about travelling to Romania – seeing the inhabitants of a country strongly entwined with its natural environment, but at the same time this connection is fading away. Perhaps this is reminiscent of how the UK and other Western European countries would have been only decades ago. Let´s hope the mistakes that have been done in Western Europe can be avoided in other places!